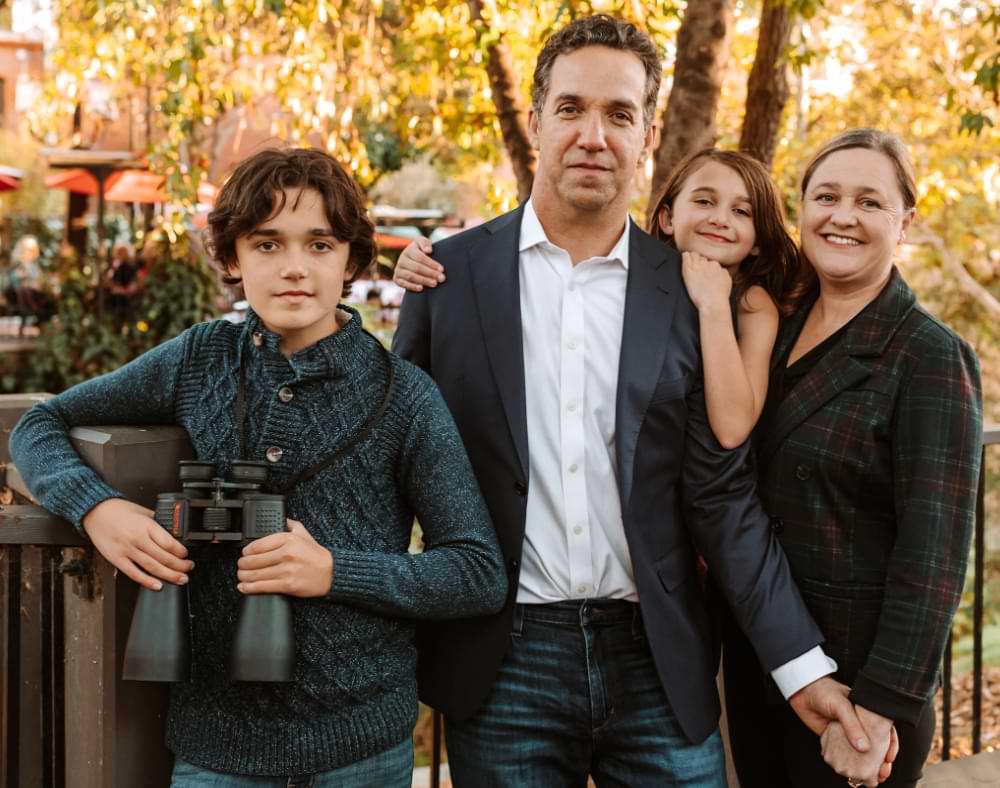 I’m Sophie and Max’s father and husband to Sharon.

I grew up in Santa Monica and later in Temecula, California. My parents first met in a small office where my mother served as secretary to the founder of what became one of the largest humanitarian organizations in the world, World Vision. My father was a school teacher for 55 years while my mother volunteered for organizations she believed in.

I received my undergraduate degrees as a double major in economics and fine arts from Claremont McKenna College.  Upon graduation, I was given the Rotary Graduate Scholarship allowing me to earn a graduate degree from the University of Canterbury in Christchurch, New Zealand.  I also travelled throughout the south pacific during this time.

In 1990, I returned to America determined to see more of the world and spent most of my twenties traveling the world, first as a backpacker and later as a businessman, living and building businesses primarily in Geneva, Switzerland and Budapest, Hungary.

Since 2001, I have spent most of my career as a social entrepreneur using business as a force for good in the field of public interest journalism.  From 2001 to 2020 I founded and ran a company called Noble Media which published what became one of the largest circulation print magazines in California. Given what we accomplished in the lives of 400,000 Californians who received our publication, in the communities we served and for what we accomplished as a company it is one of my proudest achievements.

In 2021, I decided to run for the US Senate, gave it my all but determined our campaign would not succeed and withdrew, knowing I would find a way to contribute to the state and nation I love.

Today, I am focusing on being a father and husband and building on our family’s real estate investments.